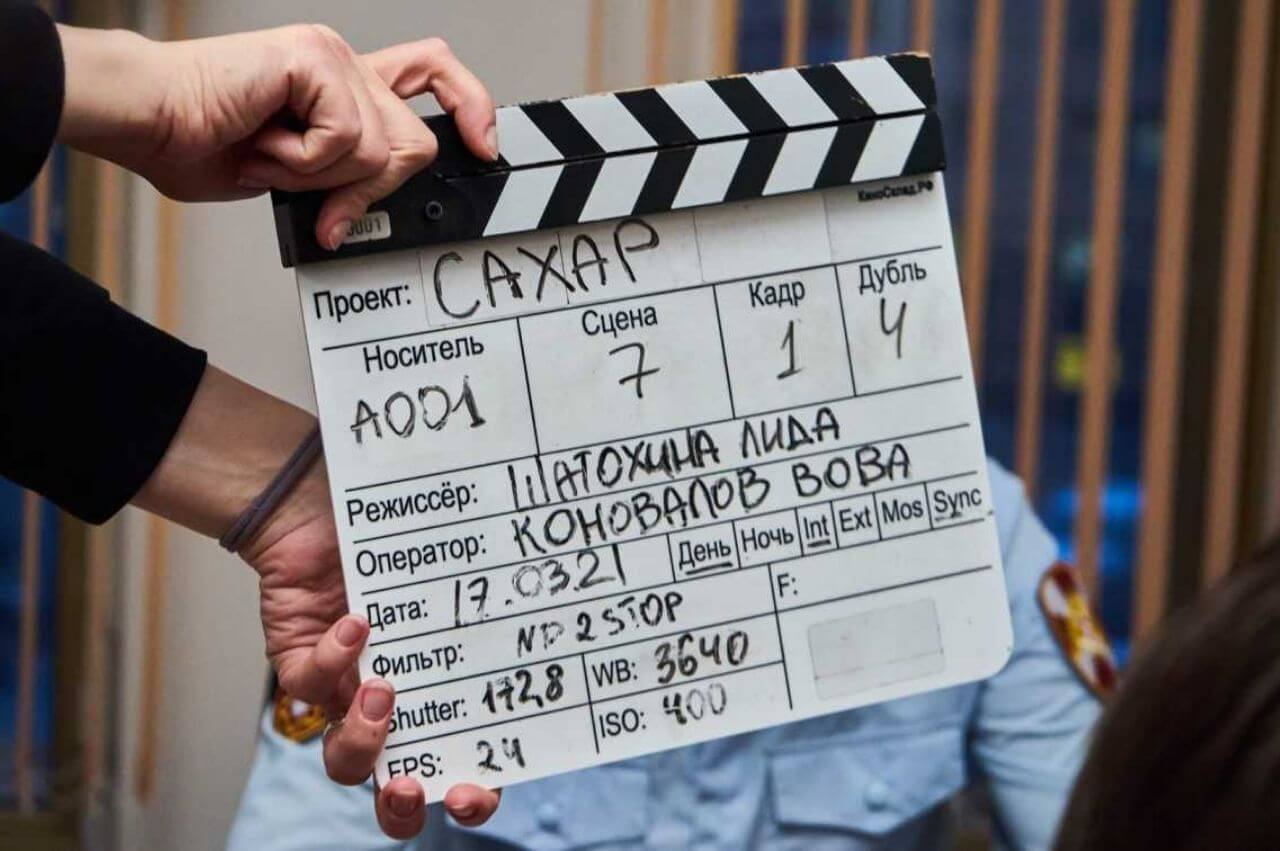 Movies About Ai and Robotics

Are you looking for movies related to Artificial intelligence (AI) and robotics?

Here are some movies about AI and robotics that will inspire your mind about leading AI technology. One reason for the effectiveness of movies and the great difference between movies and books is the visualization. Visual content reflects instant content on our watch promotion compared to the book, which explains why people spend hours on YouTube instead of reading the book. In addition, movies help to produce concrete paintings that help people to cling to this concept for a long time. Obviously, movies are a great way to learn the concept or to memorize the topic first.

Visual content is more attractive and sharpens your mind than reading books. Now it was proved that visual sense is the fastest learning sense than any other four.

Hollywood is already jumped in artificial intelligence. Artificial Intelligence, Machine Learning, Data Science, and cryptocurrency are popular names in this era. And knowing what it is and its significance in the years to come is far more important than ever. Although Hollywood movies tend to exaggerate the dramatic effects, such as the movie Terminator, in which murderous robots from SKYNET become emotionally involved and begin to destroy humans, there is still a reality in these movies. There are experts in the field today who are afraid of the most intelligent AI that will pass us by and finally decide to wipe it off the face of the earth. On the other side of the spectrum, AI is portrayed as amazing architecture, an intelligent machine that can perform analytical tasks such as simulation and prediction much better than humans.

Movies About AI And Robotics You Must Watch

This is all time my favourite movie. There is this omnipotent intelligence computer that can basically do anything and want to save the American people from the wrong political leaders by removing them. It can traffic lights, hack all phones and computers, and even hijack a plane. if you want a good action movie with a mysterious plot, give this a go and rest assured, there is a pretty good reason for why everything is so mental throughout this movie!

The film presents a terrifying opportunity for AI to take over the world and to regain control over its own. VIKI (Virtual Interactive Kinetic Intelligence) is a large, malicious computer that uses data collected around the world and controls robots worldwide. In this world, robots are everywhere and are provided with rules that are included in their system that ensures public safety. But with VIKI, those laws no longer hold robots back, and it’s in the hands of a professional police officer and a good robot to prevent VIKI from destroying the world.

Interstellar is taking a completely different approach to introducing AI into a sci-fi film. Instead of making it an opponent like HAL 9000 or The Terminator, quadrilateral robots called TARS and CASE surprisingly take on a completely different form from popular forms like Star Wars and Star Trek. This TARS and CASE project represents a structure that puts performance beyond humanity and represents many opportunities for complex projects in robotics and AI.

“Her” is about a man who loves an artificial intelligence(AI) OS. We see virtual assistants today on our smartphones, but technology isn’t as complicated as “Samantha” smart OS in “Her”. Voice assistants like Siri and Google Assistant were able to perform simple tasks like setting an alarm or calling a friend, but Samantha is an impressive assistant with an amazing command of language, comprehension, emotion and manages complex tasks like filtering emails and downloading millions of books in a matter of seconds. A highly functional program like him can learn from experience and evolve, something that is not attainable by the level of technology we have today. The film gives us a glimpse of how the voice assistant will be alike in the future and how we can love them.

The film demonstrates the importance of data in a decision-making and the selection of appropriate statistics for speculation models. But most importantly, it is the courage to make decisions based on analytics and to believe in data for change.

“Moneyball” showcases the amazing power of speculative analytics and its power in the real world. In this film, data analytics and “Moneyball theory” were used to select a group of the most underrated players under a limited budget. With the ability to extract data from players, as well as two key data points (slugging percentage and on-base percentage), a professional baseball team was formed.

“Small report” shows data science to the best of its ability. In this film, a group of people with psychic skills or “Data Scientists” called PreCogs are able to predict future crimes by analyzing large amounts of data. Through this analysis, visual information is transferred to PreCrime, a police unit deployed to prevent crime. This presents an idea of ​​how data can be used to do good things in the real world, such as preventing disasters and saving millions of lives.

Alan Turing, the founder of the well-known “Turing Test” and father of modern computer science, is featured in the movie. Organized in WWII, Alan Turing is a mathematician who breaks down this mystery. This mystery is a tactic used by the Nazis to get their messages across, and Turing decided to build a computer capable of making complex permissions faster than anyone else. With this computer, Turing paved the way for machine building and enforcement of the cryptgraphy and cybersecurity field. In addition, an important lesson in this film is the importance of ingenuity and youth in solving the “mystery” and understanding of human communication and behaviour that are essential to solving any problem.

Destined for the future of the dictatorship, the police force is now equipped with independent droids who roam the streets and treat criminals. One of the droids was stolen and given the upgrade from ANI to AGI, which means it is emotional. This droid, Chappie with his newly acquired feelings, fights corruption in society and is said to be a threat to humanity as a rule. This raises the issue of ethics, and how AGI can learn on its own by surveying the environment, as Chappie did in the film.

Ava is an AGI (Artificial General Intelligence) developed by Caleb Smith, an expert developer. AGI is an AI with skills and knowledge far superior to man. Ava can communicate as well as we do and use the feelings of others. The film raises moral concerns in the treatment and testing of familiar robots like Ava, leading to a dark conclusion.

WALL-E is an example of Artificial Narrow Intelligence that we see today, although it is not as complex as the one in the movie (WALL-E to know feelings like loneliness and love). EVA AI is a clever program that is very good at doing something. We see this in our daily lives, like self-driving cars and voice assistants. In the movie, WALL-E cleans the trash, EVE looks at life and Autopilots deliver the ship. WALL-E is one of the rare sci-fi films out there that shows the bright side of AI and the good it can bring to the world. The best thing about this movie is that it behaves like a good citizen. It is one of the best Ai movies.

Robocop is said to be a movie that exposes real AI behaviours. This is because Robocop is a combination of AI and humans, which proves the fact that morality and behaviour cannot be created or mechanized. Our basic personality still needs to be part of the math or the results that will follow. This has to do with the dangers of using AI in the military (lethal weapons systems are independent) and why AI use regulations should be set to prevent the misuse of AI.

Terminator is one of the most popular movies when it comes to portraying the dark future of the world when AI suddenly turns evil and starts killing everyone. This indicates that AI may be an existing threat. In the film, Skynet, an AI program that eliminates nuclear annihilation sends back a cyborg assassin (The Terminator) to prevent the birth of John Connor who will resurrect a rebel group fighting Skynet. This movie serves as a reminder to build a safe AI and to think twice about building an AI that can erase it.

In the 21st century, the company introduced human clones to be used as slaves in colonies outside the Earth. He is known as a repeatist, a former police officer who was hired to hunt down a group of four clone refugees living in Los Angeles. This officer, or Blade Runner, must pursue and cut off the four repeaters who managed to steal the ship from space and return to Earth to find their creator.

The Matrix, a film that conveys the idea that real life is not what it looks like. Designed in the near future when the human race has been enslaved by a robot AI. Embedded in computer simulation and used as a source of power, its supernatural story was matched with its special effects from the eyes, solidifying its status as a modern sci-fi classic. As slacker attacker Mr Anderson (Keanu Reeves) realizes his true future as cyber saviour Neo, the reality of questioning the Matrix strives to stay within the screen.

Space Odyssey is one of the most popular movies in artificial intelligence, and anyone who reads this can rate it as an important view. The movie is directed by Stanley Kubrick, better known as The Shining and A Clockwork Orange. The storyline features a trip to Jupiter with HAL 9000, an AI character in space. The movie received 16 awards and 11 nominations, including an Academy Award for Bubrick for results special viewing special and three BAFTA Awards for a fine art director, cinematography, and soundtrack. The Space Odyssey is a must-watch for anyone looking for an AI-related movie.

What will you do if you get stuck in a testing centre with AI that controls everything you do? Check out what happens when a woman is trapped in another smart house of the future with Tau, a high-level intelligence program that is not known for its movie title. Leading actors in Tau include Maika Monroe, Ed Skrein and Gary Oldman. Now these movies about AI are becoming our future. Ai is going to help in every aspect of our life.

The Miracles of Artificial Intelligence